The Incident of the Flying Turtle 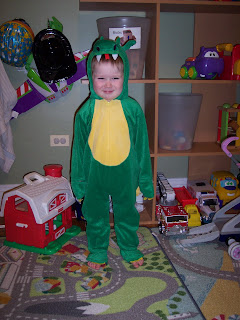 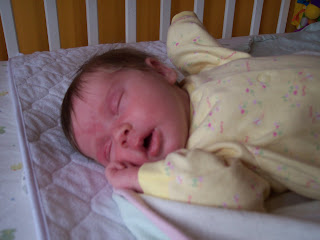 Today, we decided to go to The Brown Cow Ice Cream Parlor for their Tuesday Story Time, mostly to make sure that Henry could get out of the house and not be crazy-pants.
We got there just a couple minutes late, but it was OK since they hadn't started yet. Miss Tracy started telling a story about Molly the Turtle, who was very upset because she was so slow. Well, Molly was able to get out of her shell (which was slowing her down) and was now able to jump as high as the sky - sounded like a pretty good story to me, but right there is about when Henry melted down. Bright red face, tears streaming down his face, sobbing, and in general being unintelligible.
As I'm holding him trying to get him calm down and not be sad, Story Time goes on. Molly the Turtle is still very excited about her new-found shell-less freedom and jumping all about, and Henry is YELLING at Miss Tracy, "NO! Turtles don't fly in the sky! Only birds like to fly in the sky!" We were able to get him to chill out a little bit, and when Molly (the turtle) was getting herself back in to her shell, after becoming quite cold, Henry was yelling that "she doesn't want her shell back on" or something like that.
At that point, we decided that it was time to leave the Story Time room and go to the front and have ourselves some ice cream. Henry, still sobbing about how turtles don't like to fly (only birds like to fly), is now telling Molly (the mom) and me that he doesn't like ice cream and that he wants to go back in to story time. At this point, I know that he's just wrong, so we sit him down at the table and get him a scoop of cookies and cream. Once he hears "cookies" and "ice cream" together, things were much better...mostly.
After Miss Tracy wraps things up at story time, she comes out in to the main "parlor" and is chatting with people as she's getting ready to leave. I didn't notice her until I see Henry looking off towards the other end of the room mumbling "turtles don't like to fly," and sure enough, there she was - it was almost as though he expected her to start throwing the turtle up in the air again at any second.
Throughout all of this, Sofi Sue slept soundly, and was not at all concerned about Molly the Flying Turtle.
If you love ice cream like we love ice cream, check out The Brown Cow in Forest Park
Posted by Unknown at 12:48 PM

Henry Alberto Alvarado is the son of Tim Alvarado and Molly Brennan. He was born on October 23, 2007 at 6:57pm. He got his name from his mom's mom's dad (Henry Tavery) and his dad's dad's dad (Alberto Alvarado) (one grandpa on each side).

Henry can be contacted via email at henry@timolly.net (he has some sort of fancy PDA thingy, and is generally pretty prompt with return emails---kids today. can't go anywhere without the mobile leash).

Send him an email and introduce yourself. He's a pretty busy guy, with his intense regime of napping, eating, crying, pooping, and snuggling, but, he'll do his best to reply in a timely manner.

Some Other Places to Check-out